Can You Install an R410A Condensing Unit on An R22 System? 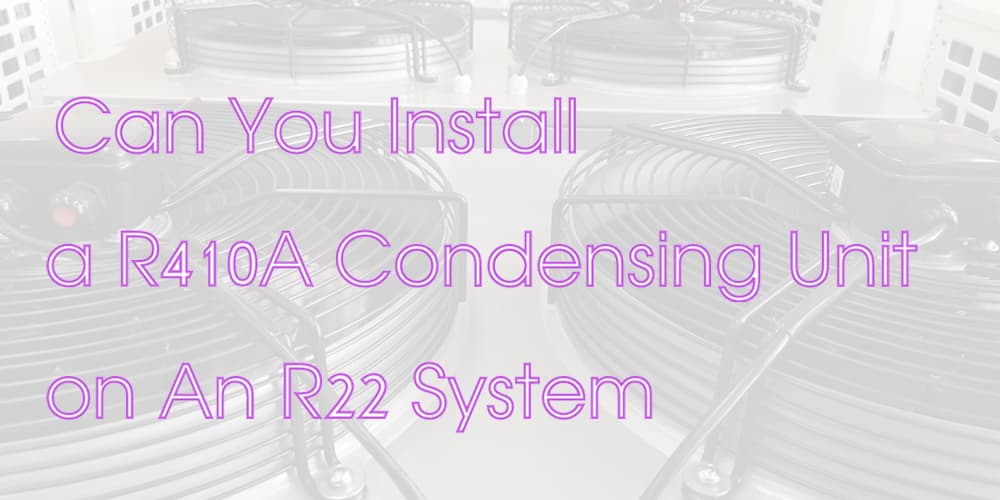 The answer can be a partial no. Because there are a lot of differences between the R22 and R410a condensing units.

You can just try converting your R22 system that wasn’t designed for R410A by replacing the condenser, evaporator, compressor, refrigerant line, vacuuming out refrigerant, and many more.

So in some R22 converting to R410 cases, you may need to use a thermal expansion valve to balance the high and low pressure between these two refrigerants.

So you can make the answer “Yes” if you want to change the whole system and upgrade it for R410a, but the cost will rise higher that is relatively near to a new R410a designed condensing unit.

In this case, you should buy a new R410a condensing unit that is fair because of its durable lifetime.

But if the budget is not a matter, you can go ahead to replace the existing R22 system with R410A condensing unit.

So R410a requires a different compressor and other parts than R407C.

As R407C is similar to R22 and it is not recommended to fix with other refrigerant systems, you shouldn’t put R407C in an R410A unit.

R407C won’t work with R410A as the discharge pressure, power consumption is also not the same.

The popular recommended Freon that is compatible with R410A is R-32 and it has significantly less amount of GWP than R410A. For R407C, R134A, R125, and R32 are compatible and can go together in the natural environment.