You Best Axial Fan Manufacturer and Supplier In China!

Get A Free Quote 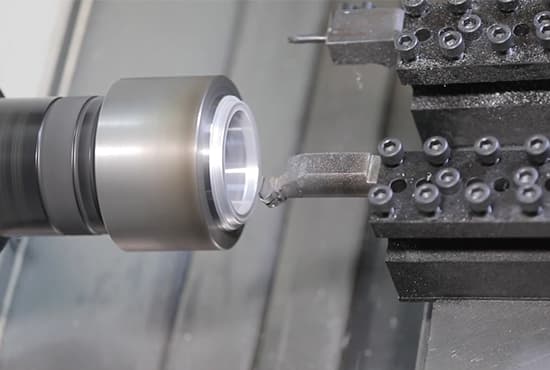 A good axial fan design requires a perfect testing process and advanced testing software. As your superior axial fan manufacturer and axial fan supplier, we provide you full tests to ensure the quality of your axial fan. 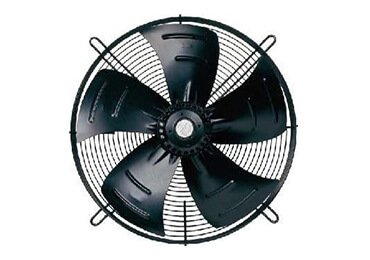 Miracle AC axial fans have a blade diameter range of 175mm-900mm, rated voltages of 120V and 220V, 2-pole or 4-pole single-phase capacitor-operated motors, which can adapt to the voltage requirements of different countries and have strong versatility. Miracle AC axial fan adopts an axial flow structure, which has the characteristics of simple structure, stable and reliable use, and a wide range of functions. Miracle AC series axial fan is a low-noise fan, which can effectively improve the working environment. Please get more AC axial fan info by contacting Miracle team now! 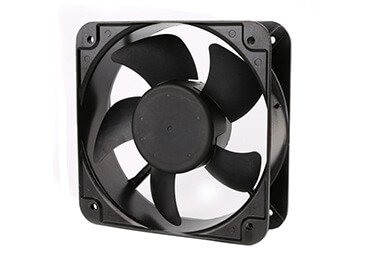 The DC axial fan is small in size and light in weight. It is generally used in small air-cooled equipment. Due to the application scenario, the DC axial fan is mostly processed and produced with plastics. Of course, stainless steel raw materials can also be used for production. This is to be determined according to your usage requirements. The diameter of Miracle DC axial fan can meet the needs of 25mm-280mm. Contact us to pick the right sizes of DC axial fans for yourself now!

The diameter of Miracle EC axial fan blades is 300mm-900mm, the motor type is EC type, and the control mode is 0-10V/PWM/RS-485. The material of the Miracle AC axial fan wind wheel is made of PA66 plastic; the material of the rotor is made of a high-quality steel plate. In terms of protection level and insulation level, Miracle AC axial fan can reach IP44 and F standards. In terms of installation methods, the installation of EC axial fans we produce is not restricted, which maximizes the scope of application. Send your firmed order to Miracle right now!

The production of Axial fan requires the support of hardware equipment and software.

As a reliable axial fan manufacturer and supplier, Miracle has the ability to produce the entire industry chain.

There are no outsourcing parts. All parts of axial fans are produced by ourselves, which ensures Miracle axial fan Fan has the highest cost performance and the best quality.

The market is developing rapidly, and the demand for customization of axial fans is becoming stronger.

In order to better meet your requirements, we have adjusted the design of the axial fan, which can greatly improve the adaptability of the factory and respond more quickly to your needs.

As a leading axial fan manufacturer and supplier, we use a brand-new axial fan R&D design tool.

As a strong axial fan supplier, Miracle has been continuously developing new axial fans according to the market and expanding the application range of axial fans.

As far as possible to meet your delivery requirements, if there are special requirements that need to be completed in advance, Miracle can specially organize production and installation and strive to meet your procurement needs.

For axial fans beyond the warranty period, we will provide additional final technical service support.

Service system: As a qualified axial fan supplier, we provide a guarantee system for the axial fan provided.

When the axial fan fails, if necessary, a designated professional technician will be stand by the whole day to provide the technical support online for you.

used for indoor ventilation and other occasions in building facilities

It is used for ventilation and preservation of kitchens, bathrooms, baths, bars, hotels, opera houses, and other places. Also supporting the use of cold storage, freezer, etc.

Why Do Axial Fans Make Noise During Use?

During the use of the axial fan, once excessive noise is generated, it will affect the surrounding environment.

A: Discrete noise generated by the fan:

This is mainly related to the rotation of the impeller, especially when the fan is at a high speed and low load, it is easy to generate this noise.

The appearance of discrete noise is due to the asymmetry of the structure around the blade and the abnormal design of the blade orifice, resulting in an uneven flow field around it.

➤ Because of the metal mesh cover or front guide vane installed in front of the air inlet, the air intake is obstructed and noise is caused.

➤ The blades are rough or not piled up, causing the fan to appear rotating frequency noise.

➤ The axial fan has a rear guide vane, which causes noise at the exit.

This kind of noise is often caused by the separation vortex generated when the air flows.

Specifically, it has the following four reasons:

➤When the turbulent airflow flows to the blades, it will cause turbulent flow noise.

➤ The turbulent surface layer on the blade surface falls off at the trailing edge of the blade, which further causes detachment vortex noise.

Why the Axial Fan Will Wear Out?

Among them, blade wear is a relatively common wear condition.

The wear of the blade will cause fluidity inside the axial fan, which will cause the blade to break and run away.

Therefore, it is important to understand the reasons for axial fan wear to prevent the wear situation in advance.

The main reasons for the wear of the axial fan are as follows:

During the operation of the axial fan, a large amount of microscopic dust will accumulate for a long time and cause damage to the fan bearings, blades, and motors.

Due to the small particle size and numerous types of dust, many specks of dust cannot be effectively eliminated.

These are easy to form damage on the vulnerable parts of the axial fan.

At the same time, some axial fan users reduce the application of fan dust collectors to control costs and improve the ventilation effect of the axial fans.

This will cause strong damage to the fans by dust and increase the risk of fan wear and failure.

➤ The operating conditions are unreasonable.

In particular, the actual operating conditions are more complicated, which is very different from the design of the axial fan manufacturer, which will affect the actual use of the fan, resulting in overload operation and accelerated wear of the axial fan.

➤ Running speed is too fast.

The running speed of the axial fan is too fast, which is also one of the main causes of wear.

According to the information provided by many customers, once the axial fan runs faster, the wear is more serious, especially under high-temperature conditions.

➤ The operating conditions of the axial fan are unreasonable

Different positions and different function settings require different axial fans and different state adjustments to adapt, and the gap between design and actual, functions and needs have formed the problem of fan selection.

It is very easy to cause the problem of fan overload work and aggravated fan wear.

The above 4 points are the main reasons for the wear of the external axial flow fan.

Of course, in actual research and use, other reasons cause the wear of the axial fan.

When a wear failure occurs, a comprehensive inspection is required to eliminate the fault.

Factors Affecting the Use of External Rotor Axial Flow Fan?

Nowadays the use of external rotor axial fan many occasions, we are using the equipment, we hope it can be stable operation, without any failure and problems.

But, in the actual application, many factors will affect its use, the following looks at the specific factors.

External rotor axial fan and the ordinary fan compared to the reason it is called “axial flow” is mainly because the axis of the blade with the direction is different, the airflow parallel to the fan axis flow.

The air volume of the external rotor axial fan and the size of the air blade, speed, etc.

Many factors are affecting the use of the external rotor axial fan, which are not only the reasons for the equipment itself, also the factors of the external environment.

In any case, during the use, should be used under more standard requirements.

So that not only can make the equipment run efficiently, but also can extend the service life of the external rotor axial fan.